In accordance with the Tentative Agreement over Article XXI, Salaries, of the UHPA/BOR Unit 7 Agreement, dated May 13, 2020, and the subsequent Legislature passage and Governor’s approval of Act 48, SLH 2020, the following negotiated pay raises are forthcoming:

The State of Hawaii, Department of Budget and Finance, has released the legislative appropriations to the University of Hawaii for payment.  All Faculty Members in service before January 2, 2020 shall receive a retroactive pay increase of 1.2% of their base pay retroactive to January 2, 2020 in their November 20, 2020 paycheck.  All Faculty Members in service on January 1, 2021 shall receive a 1.2% pay increase to their base pay.

While this in no way signals or disregards that the University of Hawaii will be facing significant budgetary shortfalls and challenges in the near future, these negotiated pay increases were agreed upon by the Employer on August 3, 2017 and which the Legislature has already budgeted for its payment. On August 8, 2020, President Trump directed the Secretary of the Treasury to defer the withholding and payment of the employee portion of social security taxes from September 1 to December 31, 2020. The Internal Revenue Service (IRS) confirmed on September 3, 2020 the tax deferral is optional and employers are not required to participate.

The directive does not eliminate the tax liability for employees. The IRS advised on August 28 that employers that choose to participate should withhold the deferred taxes from employees pay from January 1 to April 30, 2021 (next year), in addition to normal withholdings.

After a detailed evaluation and legal review, the State of Hawaii will not be participating and will continue standard tax withholding practices for our employees until such a time that conditions warrant reevaluation.

Because of the pandemic, Governor Ige said the state expects to be billions of dollars in deficit and that additional steps will be necessary to balance the budget.

We want to be absolutely clear and transparent. Governor Ige has not put forward any formal proposal to UHPA nor any of the other unions to initiate mid-term bargaining on these additional steps and it is not clear what the additional steps would entail. However, in addition to imposing further cuts to state departments, Governor Ige has put forward the possibility of furloughs twice a month to achieve a 9.23% salary cut for all state employees over a four-year period. Governor Ige wants those furloughs and cuts to take effect Dec. 1 of this year and use the monies saved to offset the budgetary shortfall on the backs of public employees.

In the meantime, UHPA will stand strong and in solidarity with the other public-sector unions. Your 2% raise is going into effect

Your 1.2% raise has been agreed to

In May, 2020, UHPA reached an agreement with the UH and the State to formally adopt and incorporate the 1.2% pay increase into Article XXI, Salaries of the 2017-2021 Unit 7 UHPA-BOR Agreement.  SB 785 Relating to Collective Bargaining, which was funded  by the Legislature and enrolled to the Governor on June 26, 2020, incorporated the retroactive pay increase for faculty members of 1.2% effective January 2, 2020, as well as the 1.2% increase effective January 1, 2021.

The bill is currently sitting on the Governorʻs desk.

We’re waiting for his signature now

We have no knowledge of whether the Governor intends to veto SB 785 which funds the 1.2% pay increase that was agreed to back in 2017 and which the Governor, the UH President, and the BOR fully supported and agreed to.  We believe that the Governor will sign the bill and then allocate to the UH the appropriate funds to pay for this 1.2% pay increase retroactive to January 2, 2020 and another 1.2% increase on January 1, 2021.  However, it’s in the Governor’s hands now and he has until August 31, 2020 to show his colors.  Once funding is allocated to UH, we plan to work with the UH to get an estimated time frame upon when faculty members could expect to receive the 1.2% retroactive pay increase back to January 2, 2020.  Conversely, if the Governor unexpectedly vetoes SB 785, UHPA will immediately notify faculty members of what the next steps will be to address the Governor’s surprised actions. Salary Increases
We are entering the third year of our four-year contract. All bargaining unit 7 members will see a salary increase of 2% effective July 1, 2019, which includes lecturers, whose updated fee schedules are outlined in Article XXI, Salaries of the UHPA-BOR 2017-2021 Contract.

EUTF Premiums and Contributions
The new EUTF Plan Year for Active Employees starts on July 1, 2019. Any plan changes made during the Open Enrollment Period (April 2019) will now be reflected in your payroll deductions.  The changes in premiums and contributions can be found here. The U.S. Supreme Court’s decision on Janus v. AFSCME (American Federation of State, County and Municipal Employees) a year ago has impacted many unions across the nation.

Some union members are choosing to forgo paying membership dues since this is no longer required. Many are willing to gamble with the risks of not having union representation when confronted with adverse working conditions, even while a troubling number of grievances and other collective bargaining contract violations continue.

Although the intent behind Janus was to cripple unions, UHPA, like many other unions, is learning to adapt to this new environment and be more resilient. With the decreased number of paying UHPA members and a loss in the number of bargaining unit positions, UHPA’s Board of Directors recently reprioritized its budget for the new fiscal year beginning July 2019 to more effectively serve the dues-paying members.

The 2018-19 academic year saw a rise in the number of legislative and contract issues that threaten to undermine faculty rights and protections. Not only has the Governor attempted to modify the salary reopener settlement but is interfering in contract language that has been agreed to between the UH and UHPA. The continuation of supplying “private” faculty member information to legislators is ongoing. It is anticipated there will be needed enforcement activities which include arbitrations, HLRB proceedings, and court actions at an increasing level.

UHPA has had to rethink the way it organizes to build a stronger base of support for its members. For example, this coming fiscal year, the UHPA Board of Directors voted to suspend sponsorship of PBS Hawaii and Hawaii Public Radio. The board also decided to withdraw from the Hawaii State AFL-CIO and seek community alliances that are more aligned with the objectives and values of UHPA to support the needs of UHPA members. These include family leave and affordable housing.

Watch for more details in the coming months. The Employer-Union Health Benefits Trust Fund (EUTF) Board of Trustees approved on 11/27/18 and 12/18/18 the new EUTF Health Benefit Premium Rates for active employees effective July 1, 2019.  Exhibit I breaks out the HMSA medical and CVS prescription drug rates and also shows a comparison of the July 1, 2018 and 2019 rates.  The monthly employee contributions are not provided at this time.

UHPA discovered that the University failed to deduct the appropriate dues from the retroactive paychecks issued on December 5, 2017. As a consequence of this administrative oversight, UHPA notified the University. The University has responded that faculty members will see a slightly higher deduction of dues in the January 5th payroll.

The University has assured UHPA that they will be notifying all faculty members of this event in order to prevent any surprises.
________

Aloha,
This email is to notify members of the University of Hawaii
Professional Assembly that UHPA union dues for retroactive pay
increases were not assessed from the December 5, 2017 paychecks. The
retroactive portion will be deducted as required by law, rule or
agreement from the January 5, 2018 paychecks.

We apologize for any inconvenience this may have caused. If there are
questions, please contact your respective departmental human
resources office.

UHPA was informed that some faculty members did not receive the Employer notice sent in late October/early November that there was a delay in payment of the retroactive pay. The payments are to be issued December 5, 2017.

The Employer experienced software problems which delayed the payment. All faculty members were to be notified of this occurrence by their respective campus administration with information regarding the salary adjustment.

On December 5th please review your payroll information. If you believe there are problems with the adjusted amount of compensation to your base pay contact the appropriate fiscal staff at your campus. 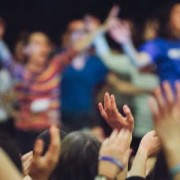 Those interested in researching how UH salaries compare nationwide will want to download the published report reflects 2014-2015 data sources.  You can share the permanent link on our website to both the current and archived peer salary reports.

The current analysis draws on 2014-15 salary data reported to the Integrated Postsecondary Education Data System (IPEDS). Unlike past analyses, the individual University of Hawai’i (UH) institutions are compared with an updated peer group and the UH community college campuses are reported separately instead of as a single unit.
The report begins with an overview of the data sources, the faculty population, and the peer group selection criteria. The findings, including a historical trend analysis to measure progress in faculty salary levels relative to the peer group over time, is then presented. The report concludes with recommendations on UH’s pay schedules, and estimates of the aggregate cost of these adjustments. Peer group institutions and detailed tables are provided in the appendix.
Download the PDF
https://www.uhpa.org/wp-content/uploads/2015/12/SurveyResults.jpg 300 700 UHPA /wp-content/uploads/2014/02/wordpressvC270x80.png UHPA2017-11-01 10:41:522018-05-21 15:02:10Peer salary report published